Once upon a time there lived a cloth merchant in a village with his wife and two children. They were indeed quite well-off. They had a beau-tiful hen which laid an egg everyday. It was not an ordinary egg, rather, a golden egg. But the man was not satisfied with what he used to get daily. He was a get rich-trice kind of a person.

The man wanted to get all the golden eggs from his hen at one single go. So, one day he thought hard and at last clicked upon a plan. He decided to kill the hen and get all the eggs together.

So, the next day when the hen laid a golden egg, the man caught hold of it, took a sharp knife, chopped off its neck and cut its body open.

There was nothing but blood all around & no trace of any egg at all. He was highly grieved because now he would not get even one single egg.

His life was going on smoothly with one egg a day but now, he himself made his life miserable. The outcome of his greed was that he started becoming poorer & poorer day by day and ultimately became a pauper. How jinxed and how much foolish he was.

So, the moral of the story is- one who desires more, looses all. One should remain satisfied with what one gets.
The End..
Considerações. Agora vou publicar os microcontos em inglês aqui no blog.
Boa leitura 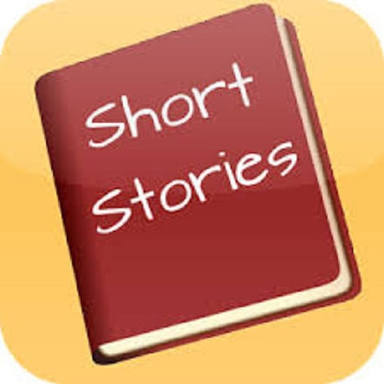